In 1990’s received a grant from the Jerusalem Municipality, Urban studio. In the studio Shillo created oil paintings on canvas, large-dimension works, collage and assemblage. In 1994 left to the mountains to what eventually became fifteen years of wandering in Israel and in Europe with no possessions, no money and no identification papers when all that he took was a sleeping bag, a violin and a Torah book.This journey was largely in seclusion, away from human society.
In 2010 came back to live in Jerusalem.
Shillo’s artworks are exhibited in Biennales, Museums and galleries around the globe.
Initiator and Curator of The AVI Festival (art video international). Shahar Marcus – Seeds, 2012, 2:02
The work “Seeds” explores the phenomenon of the buried mines that exist in Israel and the world over, exposing how these areas still carry the consequence of the war within their soil while supporting the new populations who must inhabit the conflict area. It examines the power of the present moment in these places where efforts are beginning to shift these death zones into places that consciously affirm life, embracing continuity in the very place where it once was blocked.

Moshe Vollach – 31 Cubes, 2013/2016, 4:00
Landart
31, π x π x π, cubes aliened, π distanced from each other.
A row of, 61 identical-size cubes, is stretched toward the horizon, composing a string of: matter cube –space cube – matter cube – space cube……
The cubes are made of ice, placed in the desert ona hot summer day. The defrosting process is
documented from the air and from the ground.

Ynin Shillo – War, 2014, 4:20
The video ends with a duplication of an image of a woman revealing herself from the darkness that is surrounding her, and the sentence: “And they did not understand”.
This is a part of a series called “We came “(Anu Banu) that deal with roots.

Natali Issahary – Dune, 2016, 4:24
Dune” is part of a larger project called “Phe\Noumena” which explores the interplay between
reality as it is (Noumena) and reality as it is perceived (Phenomena).

In this series, I investigate action and reaction, both chemical and physical and examine how these relate to our Culture, the Laws of Nature and Man’s Place in the Environment. I perform pointless, pseudo-scientific experiments and expose different materials to extreme conditions all the while, documenting their progression of death and decay (Vanitas).
Developments which usually take years are measured in mere minutes, while the passage of time is transformed into an almost physical presence.

Netzaket Ekici & Shahar Marcus – Fossiles, 2014, 12:49
In the video performance Fossils, we encounter Ekici and Marcus as an isolated pair of human beings in a new desert: this time it is a gray landscape of slagheaps, where they move in search of useful (mineral) resources. What they find is what is left behind by coal mining: they bring this slag back whence it came: underground, into a mysterious labyrinth of caves where their camp is located. It consists of a bed, a resting place, but one that does not offer the performers any protection. Their camp appears to be extremely tense and constantly threatened by falling remnants of stone, until the bed becomes a coffin under the weight of the accumulated slag. Does humanity suffocate under what it has wrested from nature? Or is this too an image of the human connection to the earth on which they live and by which they, like all living things, are absorbed which like all living things, are absorbed when they die.

Curatorial statement
Thanks to the predetermined theme of the W:OW project, I chose to the Israeli strip only works that I really loved and love is not something that can be explained. Actually I placed the works in the way I placed them on the timeline by a wave that is reflecting the rhythm of this love of mine. 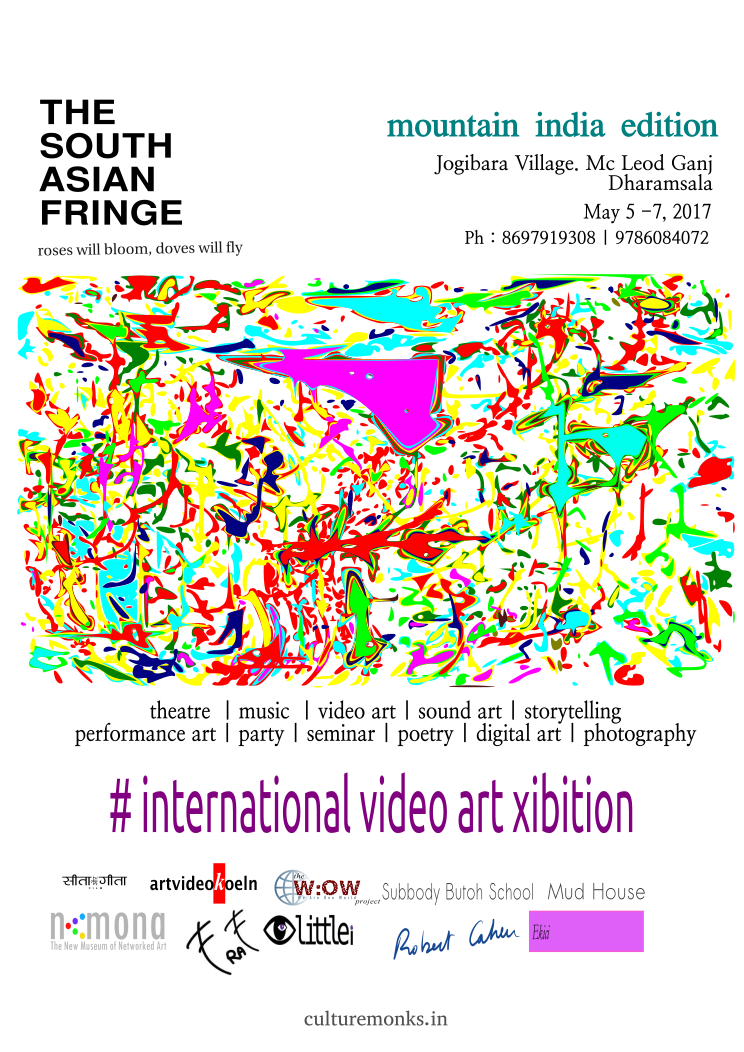